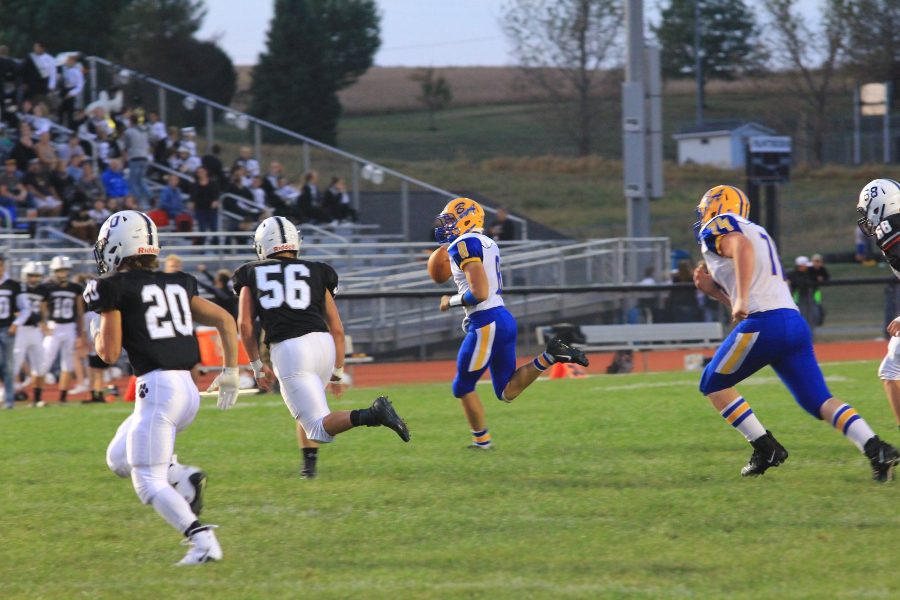 Since B-A’s  2015 loss to the Black Panthers, Bellwood has won 33 straight conference games.

“I thought our guys played a pretty good game. We had a couple mistakes that hurt us, but we were able to overcome them. We knew coming into the game that they would be a challenge because they are a very good defensive team. I thought we moved the ball pretty well because we got over 300 yards total offense, but we needed to make a few more plays than we did to put them away,” said B-A coach Nick Lovrich. 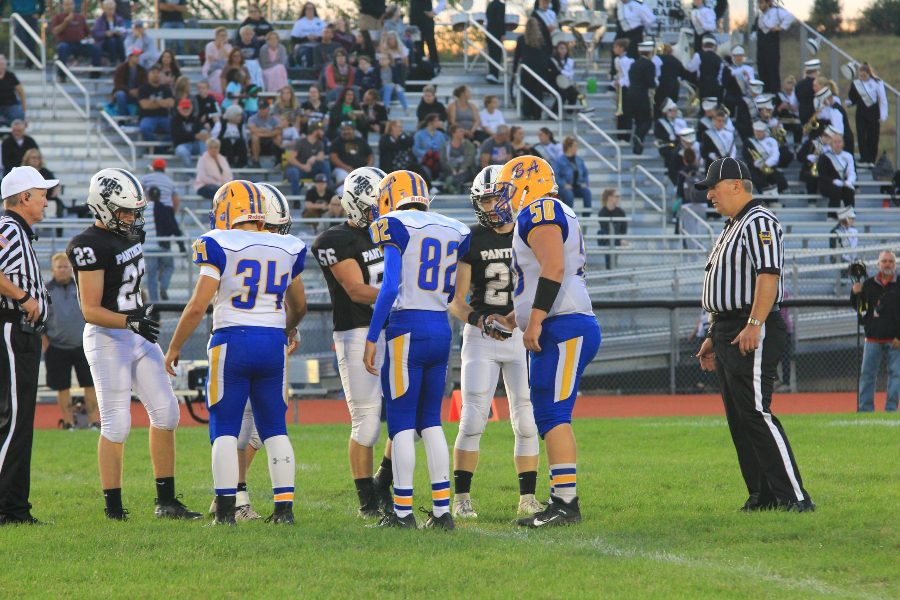 The big play of the game was when Ty Noonan Blocked an extra point in the second quarter, leaving northern Bedford trailing 7-6.  Noonan had made another key play in the first quarter when he scored the game’s first touchdown on a reception from Trevor Miller.

After the Panthers’ score, Nick Plank got the lead back to two touchdowns with a short run nine seconds before halftime.

Junior Zach Mallon scored a touchdown with a 29 yard run breaking three tackles midway through the fourth quarter. Mallon ran for a total of 157 yards and a touchdown on 25 carries.

Games like that help you in the long run.”

Evan Clouse cut into the lead wiith a 45-yard touchdown catch in the fourth.

“Games like that help you in the long run. I thought our defense played pretty well, especially on the last drive to keep them from scoring to close the game,” coach Lovrich said.”

With Bellwood ahead by a touchdown the defense had to stop Northern Bedford twice in the last four minutes.

“Our defense really came to play, we were fired up, and definitely prepared for their offense.  Besides one big pass play, we did a very good job stopping their offense,” said senior linebacker Troy Walker.