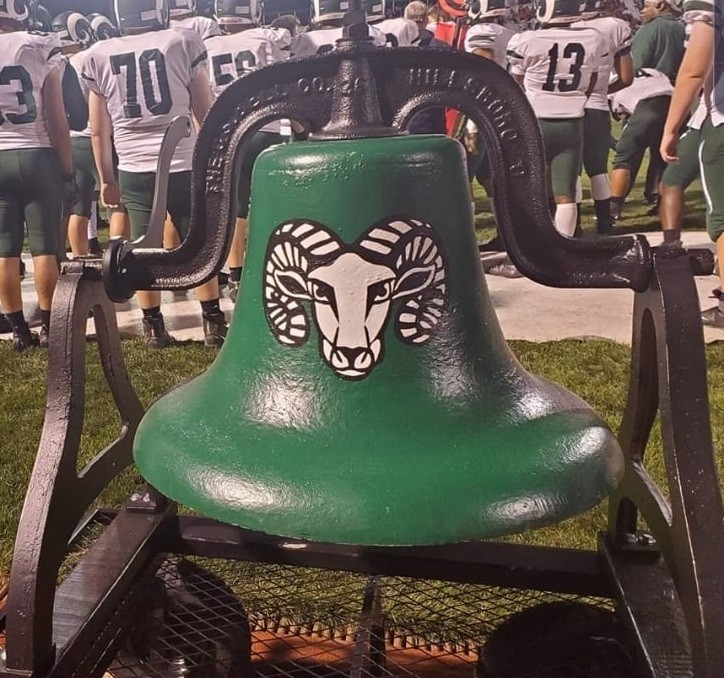 Most teams have a victory bell. The Central Dauphin Rams aren’t most teams. They have something a little more special to their players called the “turnover bell”. And in big games this year the Rams have been abusing that bell. Several weeks ago against Harrisburg they hit the bell six times and last night in State College in a battle of two of the top teams in the commonwealth division. It took a while to get it ringing, but late in the fourth quarter the sound dominated the Southfield as Central Dauphin pulled away, scoring 28 unanswered points with under eight minutes to play leading the Rams to a 34-13 win. “Two very good football teams. Our defense rose to the occasion when they needed to. We’re very proud of the fact that we’re a team” said Rams head coach Glen McNamee. “It was two good defenses our there, everybody knows that, but our defense puts some points on the board and that was really special.”

Trailing 13 to 6 with under 11 minutes to play max Mosley with the Rams on and 84 yard touchdown drive that culminated with a 4 yard TD pass to Eli Vargas. It seem to be the spark the Rams needed and on the ensuing State College drive Brady Dorner dropped back to pass, but was quickly met and dropped By Shamar Joppy. The ball came loose and Jackson Talbot recovered in the end zone giving Central Dauphin a 20 to 13 lead with 6:33 left to play.

State College took the ball at their own 20 but didn’t get very far. Malachi Bowman stepped in front of a Dorner pass and ran it in from 45 yards out to make it 27-13 with 4:03 left to play. Timmy Smith came a big for the Rams on their next defensive of series,  intercepting Conrad Moore and then running in from 4 yards out to seal the deal for the Rams.

Tim Smith rings the turnover bell and probably seals this one up for @CDRamsFootball with the ball at the state high 8 and under 2:30 left pic.twitter.com/yuVoY6VVFY

It was the Rams who opened the scoring on their first drive of the night. Aided by 2 State High personal foul penalties, the Rams went 74 yards and Mosley found Nick Chimienti from 5 yards out for the score, but the kick failed leaving the score 6-0 Rams with 3:18 left in the first. State answered right back on a 1 yard run by Dorner putting the Little Lions up by one to start the second quarter. This drive also aided by the yellow handkerchief, something that became an all-to-common site on the field the entire night. 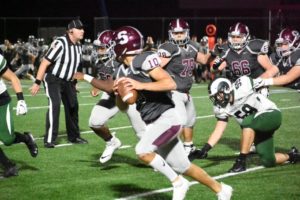 With the exception of a missed field goal at the end of the first half by State College, the next ten possessions of the game ended in punts. Then at the beginning of the fourth quarter the Little Lions seemed to take control. Isaiah Edwards hauled in a pass from Dorner and turned it into a 56 yard gain. Dresyn Green busted through the line and used the ref as a screen, then sprinted the remainder of the 31 yard td for the score.

State College will travel to Altoona next Friday while the Rams host Chambersburg.