The Skinny (strengths, weaknesses, the stars):

The Marauders have taken a path that was riddled with injuries throughout the season.  Nothing has come easy this season for BG, but Head Coach Justin Wheeler and his staff know how to get the little extra a team might need.  This team has no true “strengths”, they’re every bit of a team that plays together. But if you had to give a plus side, it’s keeping the ball on the ground and grinding out wins. They are averaging 264 yards per game carrying the rock for nearly 3,500 yards, and it’s junior Keegan Myrick leading the way with 23 tds and 1,700 yards. He’s been dinged up of late, and that had BG looking to other players to push the ball forward. Junior Zach Mcloskey (yes, there’s another Mcloskey. His brothers are BG legends) and quarterback Konner Kiesenwetter have combined for nearly 1,100 yards on the ground.   Leading the way for BG on the line is D1 recruit Brady Bithell. At 6-5, 305 he can plow the way for the BG run game. Bithell was also bitten by the injury bug this year and was missing for one game but he’s back to full health. Kiesenwetter can throw the ball and has racked up nearly 800 yards in the air.

Another strong point for BG is their defense. With 41 sacks and 104 tackles for loss this defense swarms to the ball.  Mcloskey, Andrew Yanoshak and Cameron Maloney all have over 100 tackles this year. Yanoshak leads the way with 19 sacks. They’re good against the pass with 18 interceptions, Myrick has six of them.  The Marauders have given up 176 points, just 12 points per game with 63 coming during their two losses to Westmont early in the season and 2A powerhouse Richland. 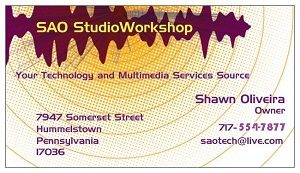 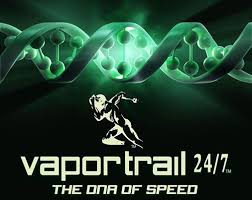 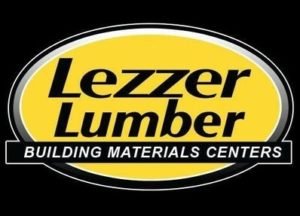 The Steelers lost their first two games of the season and first year coach Anthony Pegues tweaked a couple things.  Since then they have outscored the opposition 528-44 and have thrown 9 shutouts.  The backfield duo of Anthony Stallworth and Jaden Harrison are known as ‘Thunder and Lightning’ because Stallworth is bigger and stronger, while Harrison is lightning quick.  Stallworth has 1,652 yards rushing with 16 scores and Harrison has 1,001 yards running the ball with 13 TDs.  Quarterback Raymond Raver can run and throw.  He’s pitched the pigskin for 859 yards and 13 touchdowns.  Raver has rushed for almost 600 yards, scoring 8 times.  Bryce Butler and Brian Hilton Jr. are the top receivers with Butler collecting 6 TD tosses.  Farrell likes to run the football as evidenced by a team total of 4,186 yards and 55 touchdowns via the ground game.  They do have over 1,100 yards passing which has produced 16 TDs.

The Farrell defense is powerful up front and quick in their linebacking corps and secondary.  Taidon Strickland and Tyrie Hammonds lead the team in tackles.  Both are linebackers.  Butler has picked off 7 passes to lead the Steelers in that department. 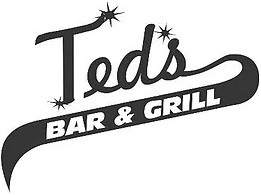 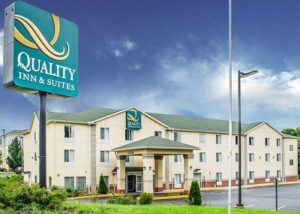 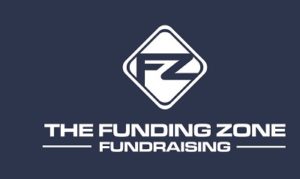 Protect the ball, try to score quick and often. They’ll need to get into the endzone against a Farrell defense that has only given up 98 points this year. Scoring 14-21 points won’t win this game against a Farrell team that can strike quickly.

The Marauders will need to play smart defensively. Staying in the lanes and pressuring Raymond Ravor will help, but for the most part they’ll need to be solid up front and stop the potent Steeler rushing attack.

They probably will want to establish the run, mixing up the power of Stallworth with the shiftiness and quickness of Harrison, throwing in keepers by Raver occasionally.  When they have to pass, Raver is effective and has some playmakers.

Just play Farrell Steeler defense getting to the ball carrier quickly, forcing second and third and long situations so BG has to pass.  If Farrell gets the lead and forces the Marauders to throw more than they want, the defense will just pin their ears back and put lots of pressure on the QB.  They sacked the Clairton quarterback 8 times last week. 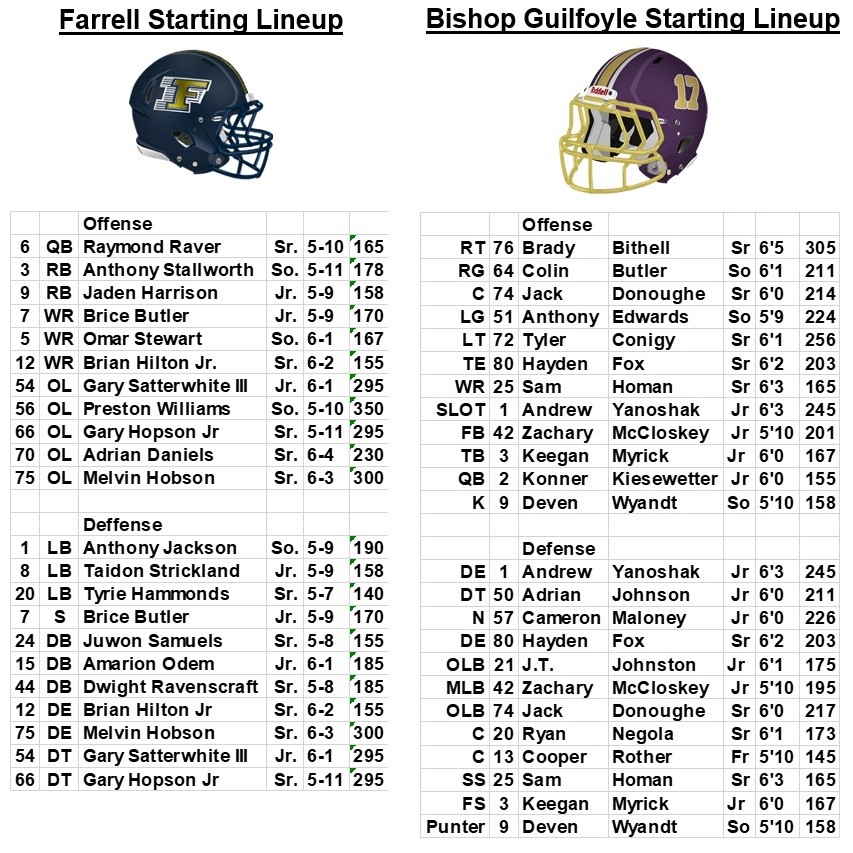 How Did They Get Here: 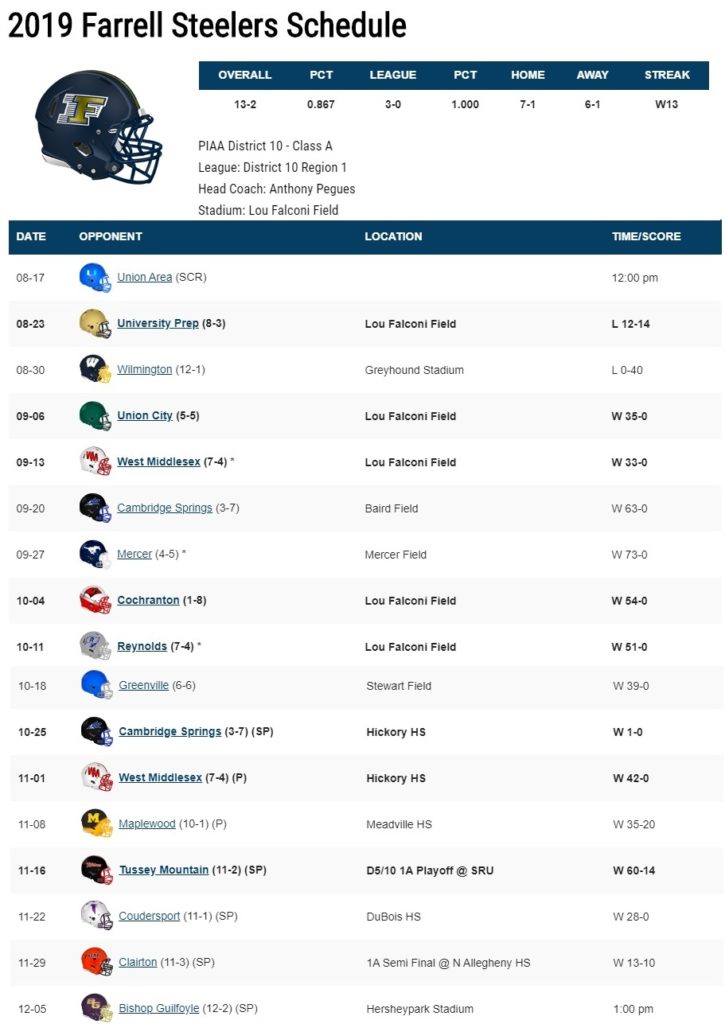 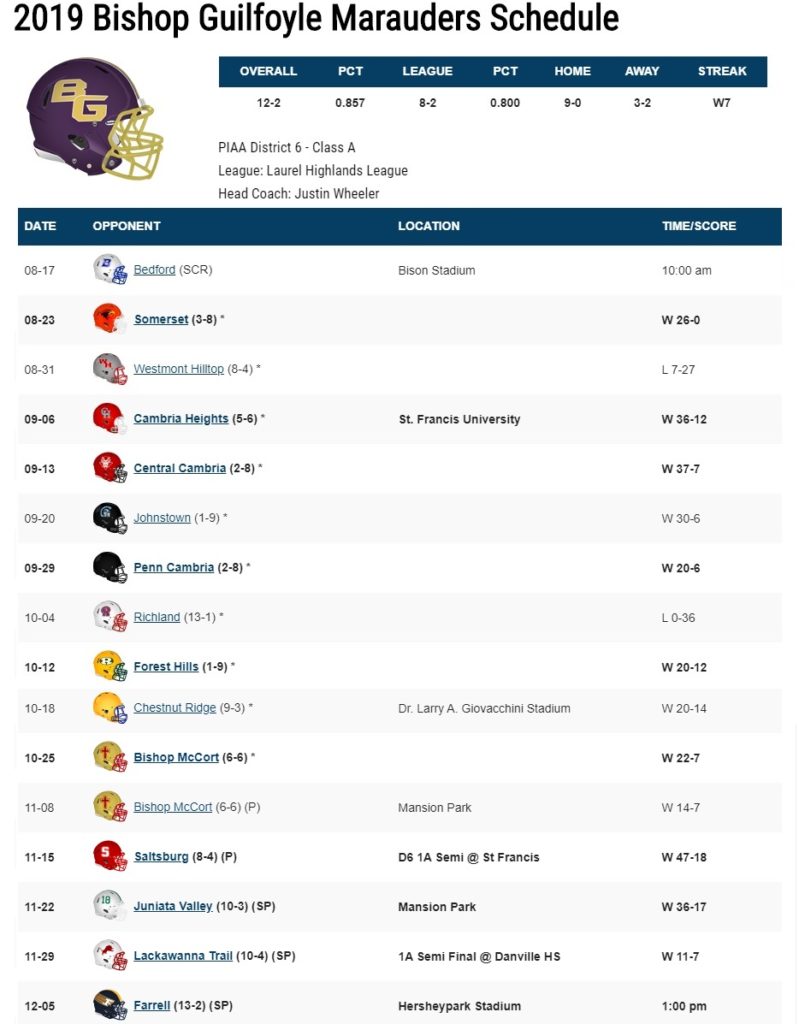